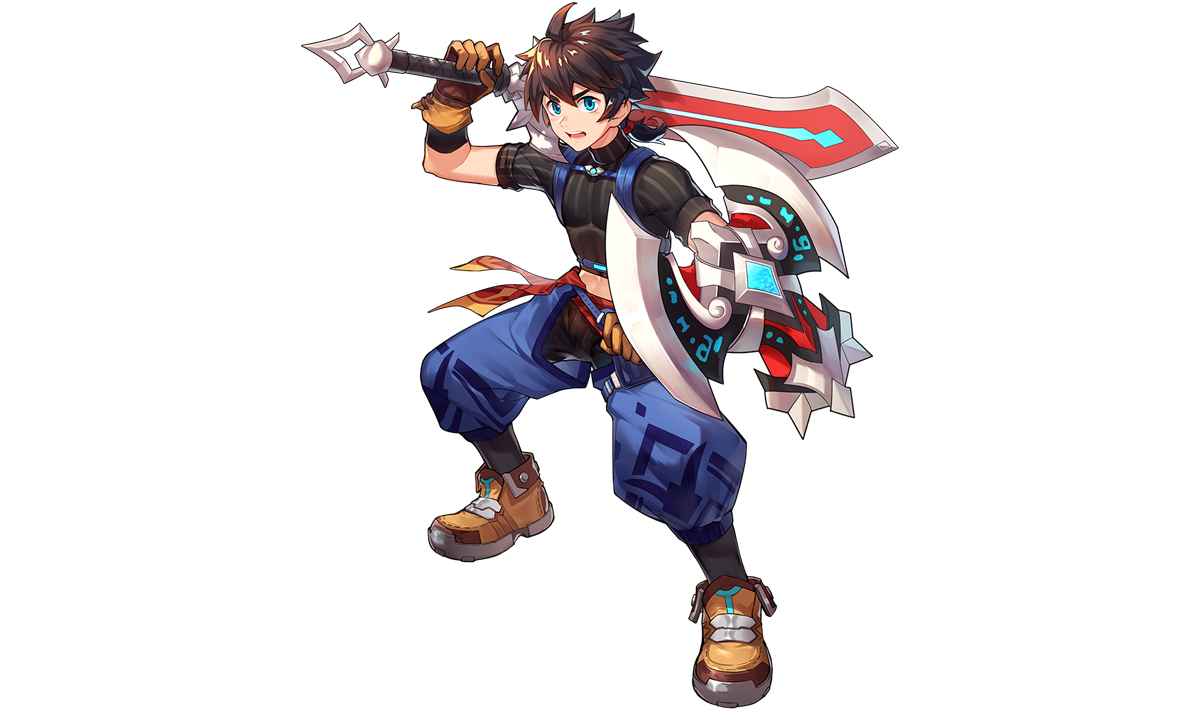 His sword and shield combine together as 'Loong & Sun'.

Shawn combines the blade and the shield as one, dealing P.DMG equal to P.ATK *508% to 1 enemy. The skill consumes all Rage to increase the damage.
If the target has 3 stacks of [Divine Blade's Mark], grants self 2 stacks of [Resilience].
[Resilience]: Refer to passive skill Divine Blade's Son for its effect.

The Divine Blade's power grows as Shawn's faith grows. Increases damage when [Divine Blade's Mark] is removed by {0} (Basic Bonus {1} + Mastery Bonus {2}).
Shawn will be granted with 4 stacks of [Resilience] effect at the beginning of the battle.
[Resilience]: While the effect is active, the character is immune to control. Removes 1 stack when receiving P.DMG, lasting until the battle is over.

One ominous night, a terrible tragedy was brought on by an act of kindness, resulting in the orphaning of Shawn, 5 years old at the time. Brian, having witnessed everything, felt himself possessed by some strange psychological impulse to take the tragic child and raise him on his own.

Ten years later, having been raised in a White Cape camp, Shawn accepted the White Capes 'Representative of Justice' line of thinking. Regretting having invited disaster by helping a Gyee, he joined the Sword of Light like his adoptive father.

However, Shawn found that the hand that had been bitten by a Gyee girl ten years ago and was abnormal. He harbored the fear that he had caught the Gyee 'virus.' He confessed this to Osmond, who hid from him the truth that Brian had entrusted him with long ago - that Shawn had always been a Gyee. Shawn, ignorant of the truth, could only bury the torturous secret of his strange hand inside his heart.

As such, Shawn, as a White Cape reserve soldier, spent his tough childhood under Brian's care, getting bullied by his envious peers. Later on, Shawn was injured during a Shadow attack. Just as the Shadows had surrounded him, a mysterious figure in black saved him and then fell into a river, disappearing...