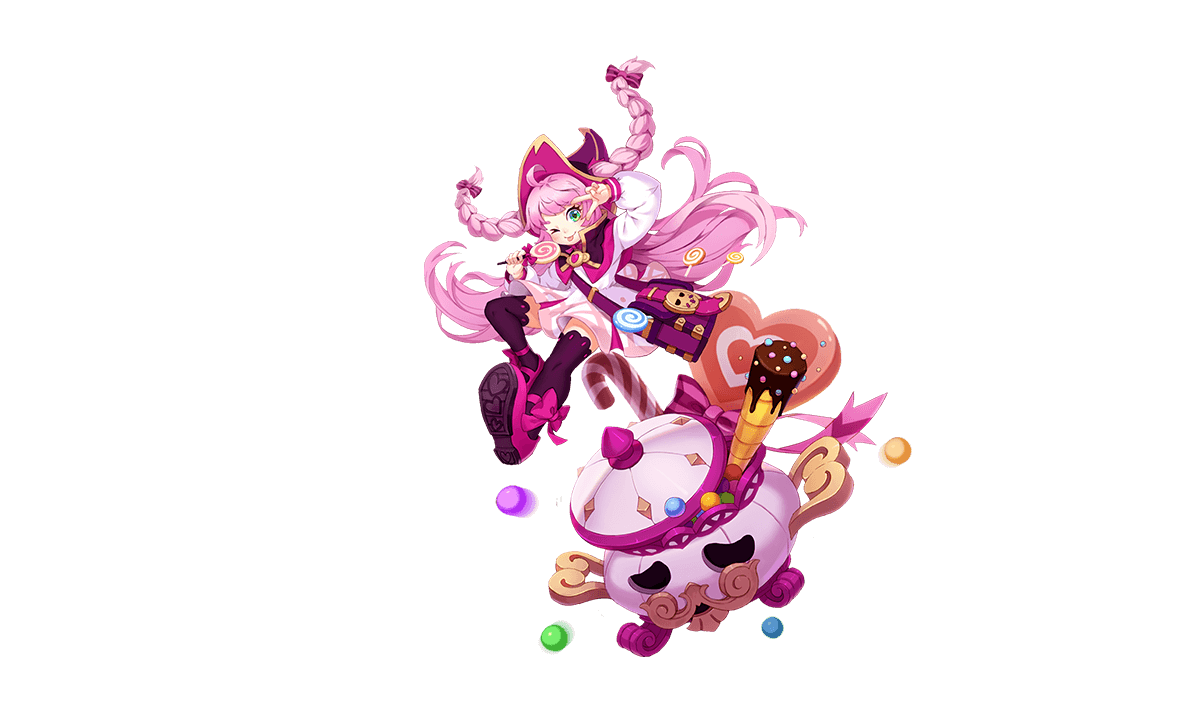 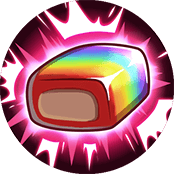 [Rainbow Candy] removes the enemies' buffs and grant Yaen the [Attack First] effect.
[Attack First]: Strikes first at the beginning of each turn, lasting 2 round. 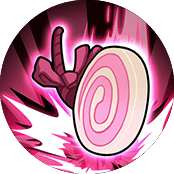 Yaen summons Giant Lollipop to crush the enemy, dealing to 1 enemy unit Magical Damage by M.ATK*158%, with a chance to [Constraint] the enemy for 1 round.
[Constraint]: Targets affected are delayed for 2 rounds. 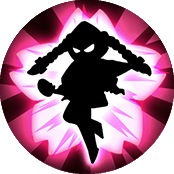 Yaen deforms into the witch form, dealing M.DMG equal to M.ATK*97% to all enemies. Has a chance to inflict [Vulnerability] on all enemies for 1 round.
[Vulnerability]: Increases damage received by 40 for 2 rounds. 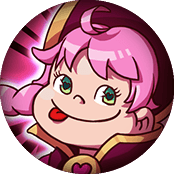 Yaen will lose her [Perspective] gained at the beginning of the battle after forming. After the first deforming, Yaen gains 1 [Flash] every turn.
[Perspective]: Ignores the target's invisibility, so you can hit the target with skills.
[Flash]: Each stack stores some M.DMG( related to Mastery skill's level) until the battle ends, up to 7 stacks. 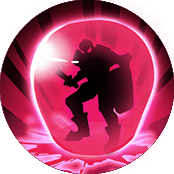 Yaen detonates Arcana Gum, dealing to single enemy target Magical Damage by M.ATK*40%, causing splashing Magical Damage to units on the both sides of the target. 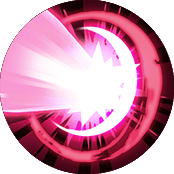 Yaen summons Dimensional Flux to bombard, dealing Magical Damage by P.ATK*63% to all enemy units, with a chance to cause 1~3 targets [Deform]. Deformed targets can only perform Normal Attack. (Note: Damage of Normal Attack is fixed) 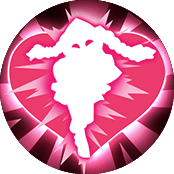 Yaen deforms into Normal Form, dealing to all enemies M.DMG by M.ATK*307%, consuming 3 stacks of [Flash], applying [Flash]'s stored damage. The total damage is shared by all enemies.
[Flash]: Each stack stores M.DMG until the battle ends, up to 7 stacks.

Yaen is a Gyee orphan adopted by Albert, a priest of Ka. Albert was very fond of her because she's naturally smart and a quick learner, but as she grew older, he realized she had a mischievous mind, such as putting invisible glue on seats or chili powder in tabacco pipes...

When Albert decided to send another orphan, Kitty, to the Magic Academy, Yaen wanted to go too, but Albert refused, believing she was too young and undisciplined. She ended up hiding in the large tobacco crate that was Albert's gift to Vundo.

Vundo was taken aback when Yaen jumped out of the crate. He had planned to send Yaen back until recognizing her incredible arcane potential and decided to teach her himself--also becoming a frequent target of her pranks.

Yaen and Kitty are both naughty as naughty can be, earning the nickname of "The Prankster Duo". Be careful when she squints at you and smiles, she probably has something up her sleeves.