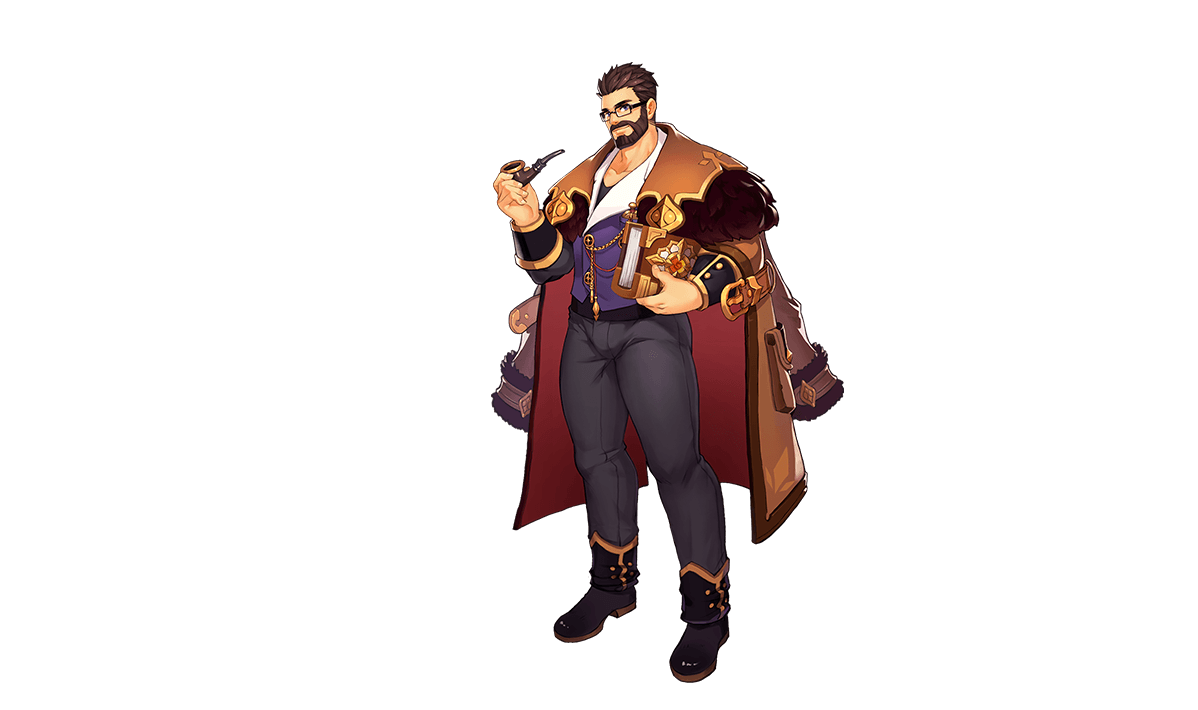 Recovers Vundo's Mana by 5 when [Arcane Bomb] hits a target with [Arcana Stamp].

Vundo opens a magic array, dealing to all enemies Magical Damage by M.ATK*375%, granting self [Arcana Mist] (immune to Debuff Effects) Effect for 1 round.

Each of Vundo's attack leaves 1 [Arcana Stamp] on the target, lasting 2 rounds, up to 3 stacks. Each stack of [Arcana Stamp] deals M.DMG before the target makes its move(related to Mastery skill's level).

Vundo was Master Thurin's very last student, first apprenticing at 6 and completeing intermediate studies when he was only 10. After the fall of Azria, he moved to Never Isle with Thurin, becoming an instructor of arcane spells by age 18, and the head of the island's Arcane Academy by 30. Although optimistic, he is also strict to students. The great inventor Turing was once Vundo's prized pupil, but since Turing turned to mechanical creations instead of magical research, Vundo would quarrel with him every time they meet.

Like many who went through the Battle of Azria, Vundo's sunny exterior belied the sorrow for the fallen city. He is striving to educate more students in hope of returning Azria to its former glory.