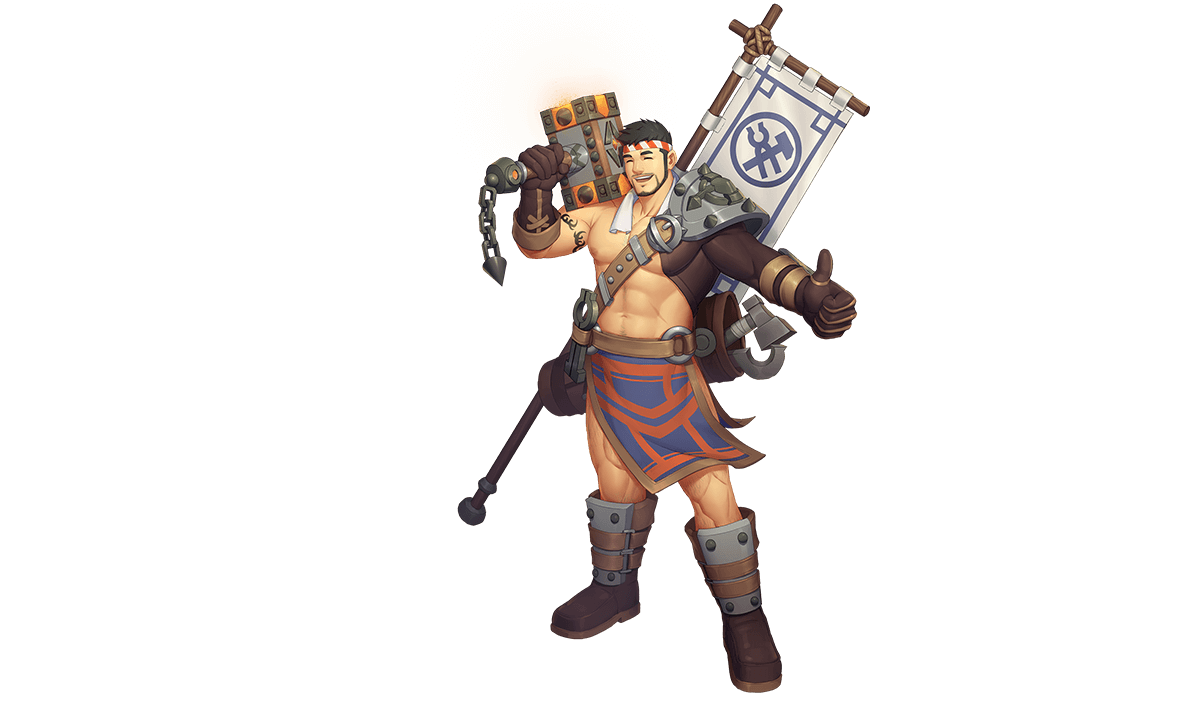 “Casting Weapons for Allies, Forging Armor
for Self” 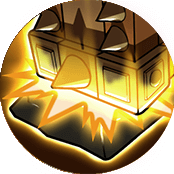 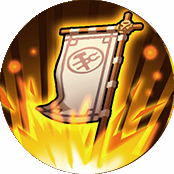 Sig deals physical damage equal to PATK*117% to 2 enemies with a chance to [Taunt] them.
[Taunt]: Loses control over the character, and deals normal attack to the spell caster for 1 turn. 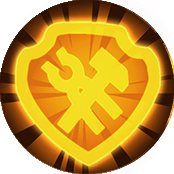 Sig crafts weapons for his allies and enhances his shield, inflicting [Blade] on 1 ally and gaining [Armor]. The skill consumes all the Rage. When 85 Rage is released, increases the effect of [Blade] by 13%.
[Blade]: Increases damage by 10% for 3 turns.
[Armor]: absorb P.DFD*37% and M.DFD*37% for 2 turns. 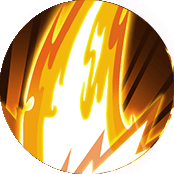 When receiving a melee single-targeted attack, Sig will [Fight Back] to deal physical damage to the attacker (the damage increases as Mastery increases).

The humble, gullible Sig is a fabulous artisan. He ran a famous, busy blacksmith shop that he owned with his father until the man passed away. When forging metals, he would channel the flux into whatever he was working on and thus enhanced it. Because of that, many people saw his "Yellow Eyes".

But soon Sig opened a new shop on Never Isle. He treats Eddie and pals like family and makes powerful weapons for them.