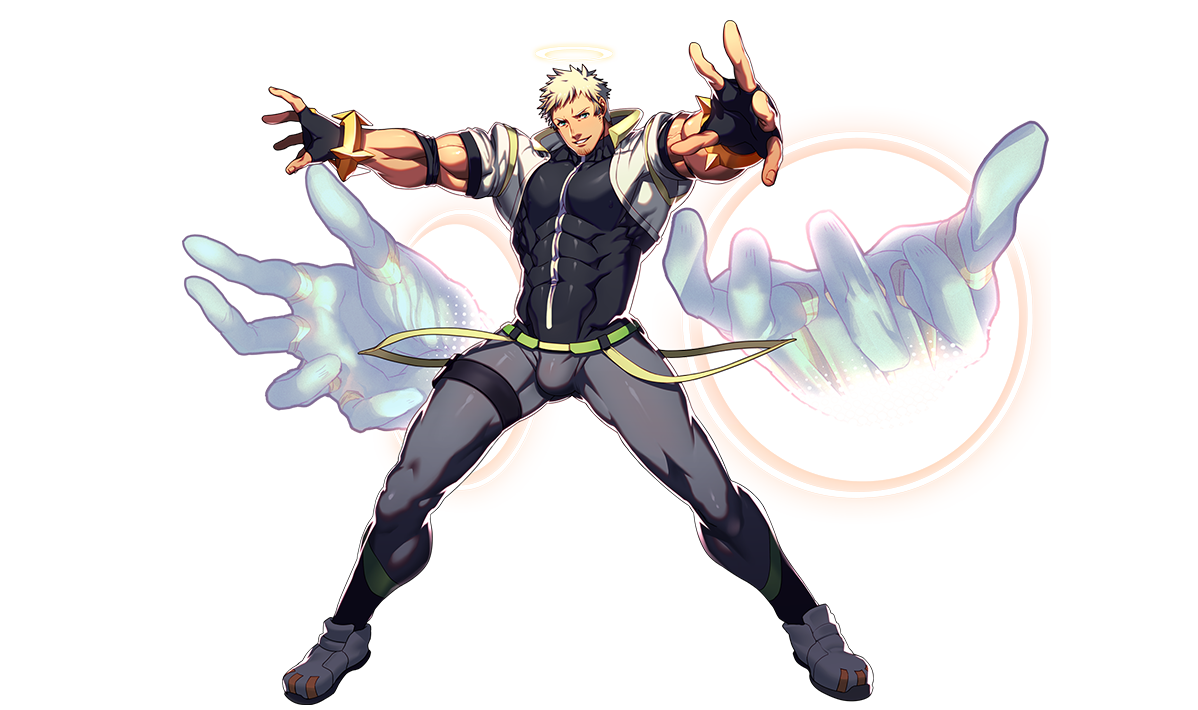 Which one do you wanna taste, his cuisine or him?

Radian resonates with the realm of heaven and summons Holy Fire to attack 1 enemy, dealing P.DMG equal to P.ATK *50%.

By praying piously for the heavenly blessing, Radian removes 1 ally target's Control Effect and applies [God] on the ally. Meanwhile, Radian gains the effect of [Grace]; If Radian has no Concentration when using this skill, he gains 1 extra Concentration.
When applying the skill on self, the Damage Increase effect of [Grace] increases by 30% and lasts 1 more round.
When applying the skill on another ally, the effect of [God] lasts 1 more round.
[Grace]: while the effect is active, increases the damage dealt by the character by 35%, lasting 2 rounds.
[God]: while the effect is active, grants immunity to all debuffs, including those that can make the character go out of control, lasting 1 round.

Radian opens a portal and summons Fist of Heaven to attack 1 enemy, dealing P.DMG equal to P.ATK *160% and causing splash damage to enemies on both sides. Further increases damage if extra Concentration is consumed. With the effect of [Grace], the splash damage does not decrease.

Radian's skill damage increases by {0} (Fixed Bonus {1} + Mastery Bonus {2}). Radian gains a Damage bonus by 25% when HP is full. As HP lowers, the Damage bonus decreases while Speed increases.
When the battle starts, Radian gains the effect of [God], lasting till the character's first move is over.
Any enemy unit killed by Radian cannot be revived.
[God]: while the effect is active, grants immunity to all debuffs, including those that can make the character go out of control, lasting 1 round.

An angel from another world, Radian is amiable but strict in task-related duties. He's in charge of the Heaven Guardians' 3rd Division, patrolling the realm of heaven and dispatching angels to quiet the demon riots in the human world.

For him, the biggest headache is filing task reports, especially those about an angel named Ligia. Although Ligia manages to complete the task in the end, he always gets a bad review for damaging too many Channelers or the environment.

As both Ligia's mentor and father-like figure, Radian is constantly fretting over Ligia. He even becomes an excellent cook for Ligia's sake. But he doesn't get much chance to use that skill due to Ligia's increasing absence from home.

Angels use heavenly grappling to fight. Most angels cannot materialize fully on the border between heaven and earth, so they need to summon parts of their bodies to attack the enemies.