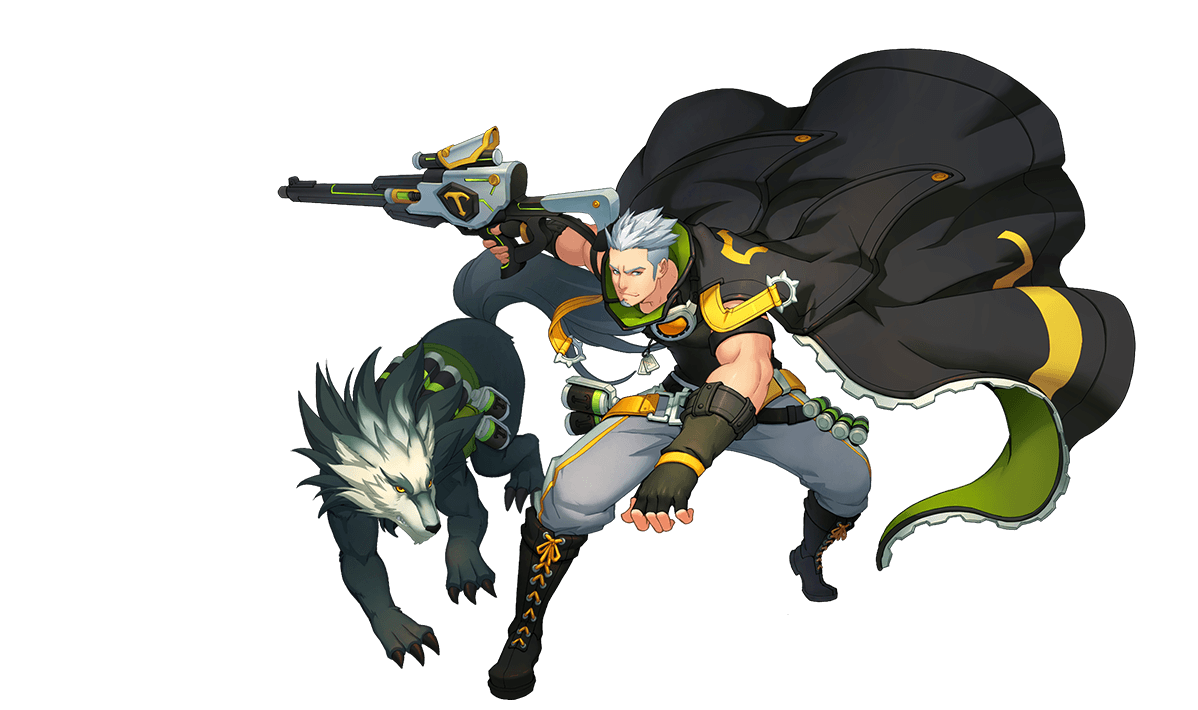 Miles call Grey to assist in battle. This effect can resist 2 ranged single damage and increase Miles' P.ATK*19% for 3 rounds.

Miles and the Grey aim at the same target. Consumes 3 Concentration and charges for 1 round, dealing P.DMG equal to P.ATK*428% to 1 enemy. This skill consumes all the Concentration you have to increase the damage dealt.

Miles was born to poor parents who abandoned him in the woods after realizing he was Gyee. A she-wolf found and raised him among a wolf pack, before he was forcibly taken to Azria by Markus. There, he received education and joined the Young Azrians. At the beginning, he was reclusive and antisocial, often fighting with peers, until the kind Eddie and gullible Izumi entered his life. With their influence, Miles gradually integrated into the group.

After the Battle of Azria, Miles followed everyone and retreated to Never Isle. The abandoment issue from childhood and the battle inspired in him hatred for mankind. It was a point of contention between him and Eddie that ultimately broke up the former best friends, with him recruited by Markus into the Oathblades, and Eddie joining the Order of Equality.

Miles can communicate with wolves and often goes on missions alone, with just his wolf companion Graywind by his side, ready to rend their common enemies.