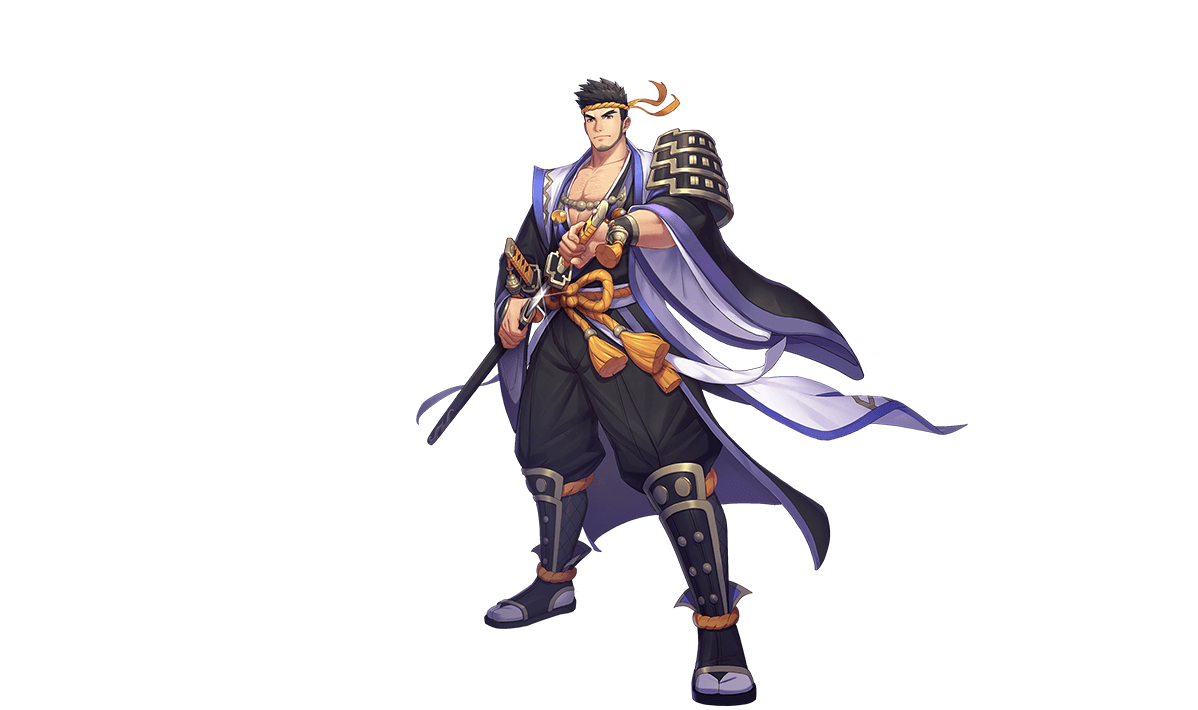 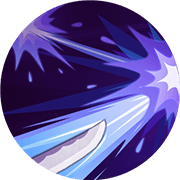 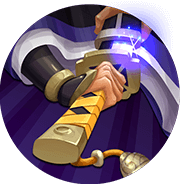 After charging for 1 turn, Lan dashes to strike all enemies, dealing physical damage equal to PATK*108%.

[Flight of Fancy] attack 1 random enemy 1 time, dealing physical damage equal to PATK*95%.
[Flight of Fancy] has a 75% chance to [Stun] the enemy.
[Stun]: Loses control over the character for 2 turns. Lan gathers the flux to release the power of sword, dealing physical damage equal to P.ATK*126% to all enemies and ignoring 40% P.DEF. This skill consumes all the Rage and increases the damage dealt. 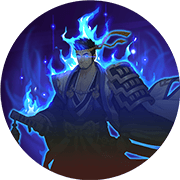 It takes ten years of grueling practice to become a great swordsman, then another ten years of testing your skills against other great swordsmen, followed by conquering the final trial, to earn the title of "Swordmaster". The trial entailed four phases: Overcoming objects, overcoming others, overcoming own earthly desires, overcoming own doubt. Lan kept failing the last phase. Depressed, he shut himself in, drowned his sorrow in wine and neglected his sword training. He was from a family of swordsman, but they never minded he was Gyee, though he himself could never truly accept the fact.

In the Battle of Azria, Lan witnessed how hard fellow Gyees fought the White Capes and the Shadow Legion, as well as the tragic scene when the Flux Tower exploded. While fleeing to Never Isle, as he cared for the wounded and listened to their stories under the stars, he began to lower his guard and finally embraced the Gyee community. When he attempted the final phase of the trial again after that, he succeeded.

Now, Lan is the premier swordsman of the Never Isle Corp. In his spare time, he enjoys having a shot of wine under a tree alone.