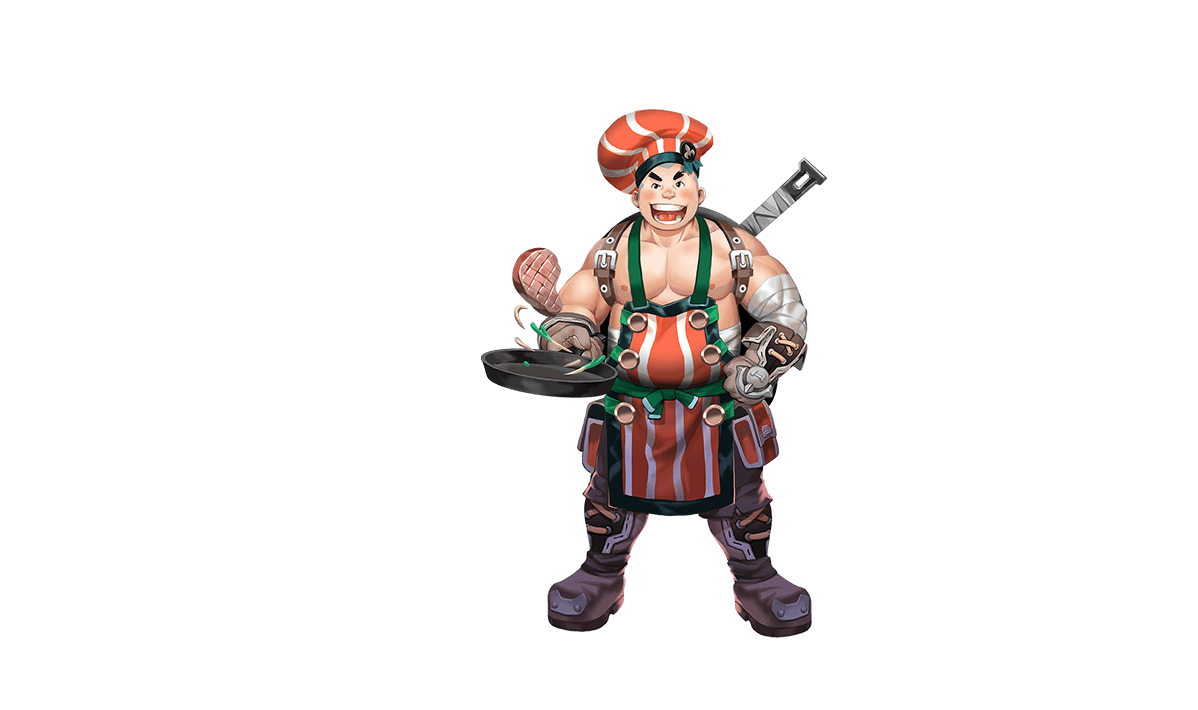 “Heal an ally with Gluttony per time” 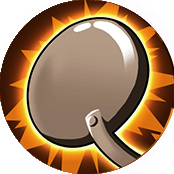 Choji punches the enemy with his wok, dealing M.DMG equal to M.ATK*73%.

[Iron Pot] has a chance to inflict [Spices] on the target when gets a hit.
[Spices]: The target's damage toward Choji is reduced by 15%. Choji made ramen, recovers HP equal to M.ATK*64% for 1 ally and remove the effects [Oppression], [Silence] and [Taunt] on the ally. 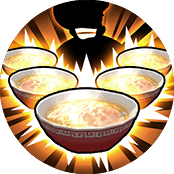 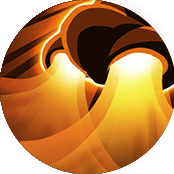 The target when casts [Noodles].
[Fragrance]: X% of Choji's healing will go to targets affected by [Fragrance] (X is related with Mastery skill's level). Lasts until the battle ends. Only one [Fragrance] exists at a time. By inflicting [Fragrance] on a new target, the former [Fragrance] will be removed.

Born in the west, Choji's dream has always been to feast on authentic seafood fried rice. He's worked in his father's little tavern since childhood and awed patrons with his dishes as far away as Crossport, despite the fact that Crossport is too far for the seafood imported to be fresh enough to meet his demands.

Back then, Mike was putting together a caravan and he always had a soft spot for Choji's cooking, so he asked Choji if he'd rather fry a bigger fish. After a whole night's thinking, Choji decided to join Mike and travel the world.

Choji comes off mean probably because he takes cooking very seriously. But don't let that scare you, tell him you love his noodles, then he'll pat his belly in happiness and make you desert!