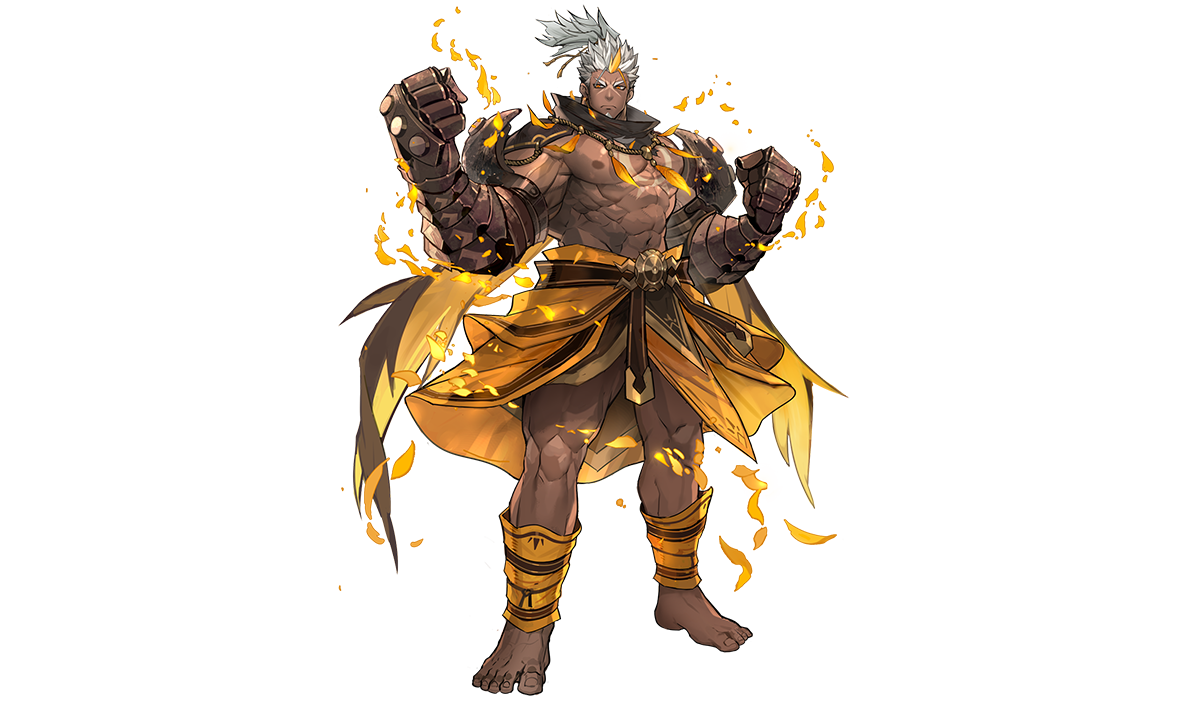 Meteor: Increases Slam Strike's damage by 16%.
Earthquake: If the target unit is not hit by Slam Strike in this battle, inflicts [Stun] effect to target.

The BlackFlame Arena is that heart. It is the noisiest, most prosperous, bloodiest and darkest presence in the city.

It is built by those with warped desires: fugitives, slave owners, mechanical inventors, evil mages that modify humans, and Shadowcultists that control Shadowbeasts. There are no rules here, only rage and elation.

Bidziil is at the top of all this. With the most perfect body obtained from forbidden modifications and the most sturdy metal gloves, each punch he throws excites the crowd.

There are piles of golden belts won from battles in his room. But he has grown numb to the fights, the victories and the glory.

He likes to sit in the corner of the BlackFlame Restaurant and listen to others talk about the world outside. He heard that it's beautiful, with flowers and sunshine. But what are those things? He tries to imagine what they might look like, trying very hard to recall his childhood memories, which he has lost a long time ago.

He has been out of and back from the BlackFlame City for numerous times. Endless fights will be filled with his future...