Hologram can help you in any battlefield.

a) After the unlocking conditions are reached, you can spent some Gold to unlock Holograms, and the consumption of Gold increases as the number of Hologram unlocked increases. Each Hologram carries a bonus attribute which will be effective once the Hologram is unlocked.

b) In battle, the Hologram applies the base attributes of the Avatar to fight. Only one Hologram can be deployed in each battle. The Hologram cannot be selected. When the conditions for the Hologram skill are reached, the skill will be triggered passively and only takes effect once. After the skill is cast, the Hologram disappears. In PVP, the action order is determined by Speed when the skills of both sides are triggered simultaneously.

c) There are four types of Hologram: Machine, Human, Animal, and Elemental, which in turn restrains each other. In PVP, if restraint occurs, the restrained Hologram will be defeated and disappeared when the battle begins. 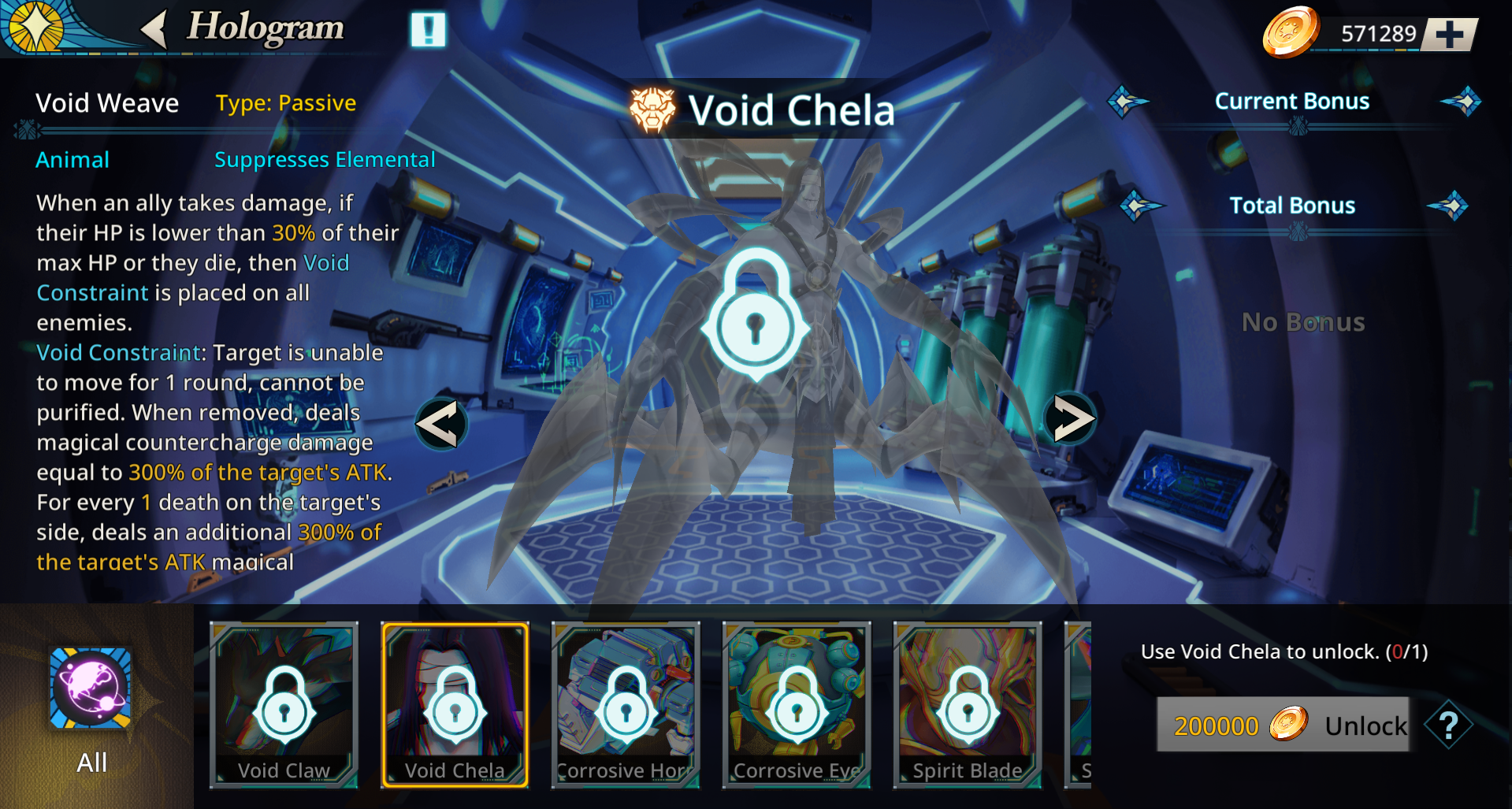 a) Arena added Ban System, which will take effect on April 25th.

b) Every Monday at 4 am, 10 Gyees with the highest participation rates in Arena will be selected from the winning battles of Gyeemates who reached Junior Victory Captain and above last week. 2 Gyees will be then randomly selected and banned for 1 week. The higher the participation, the more likely the Gyee is to be banned.

c) Gyeemates of Junior Victory Captain and above will no longer be able to use banned Gyees in the Arena.

You can vote for your favorite Gyee by consuming any number of [Support Vote]! You can get them from support quests, or buy them directly from Grocery.

Ps：Votes will be counted separately for SEA and NA servers.

a) Each season is divided into three parts.

[Grand Final] contains 10 Gyees from the first and second half of the season).

- Meanwhile, when the total number of [Support Vote] reaches a certain number, there will be rewards for each Gyeemate who has voted for the Gyees.

- After the voting is settled, all rewards will be issued in the form of emails and the rewards can be repeated. 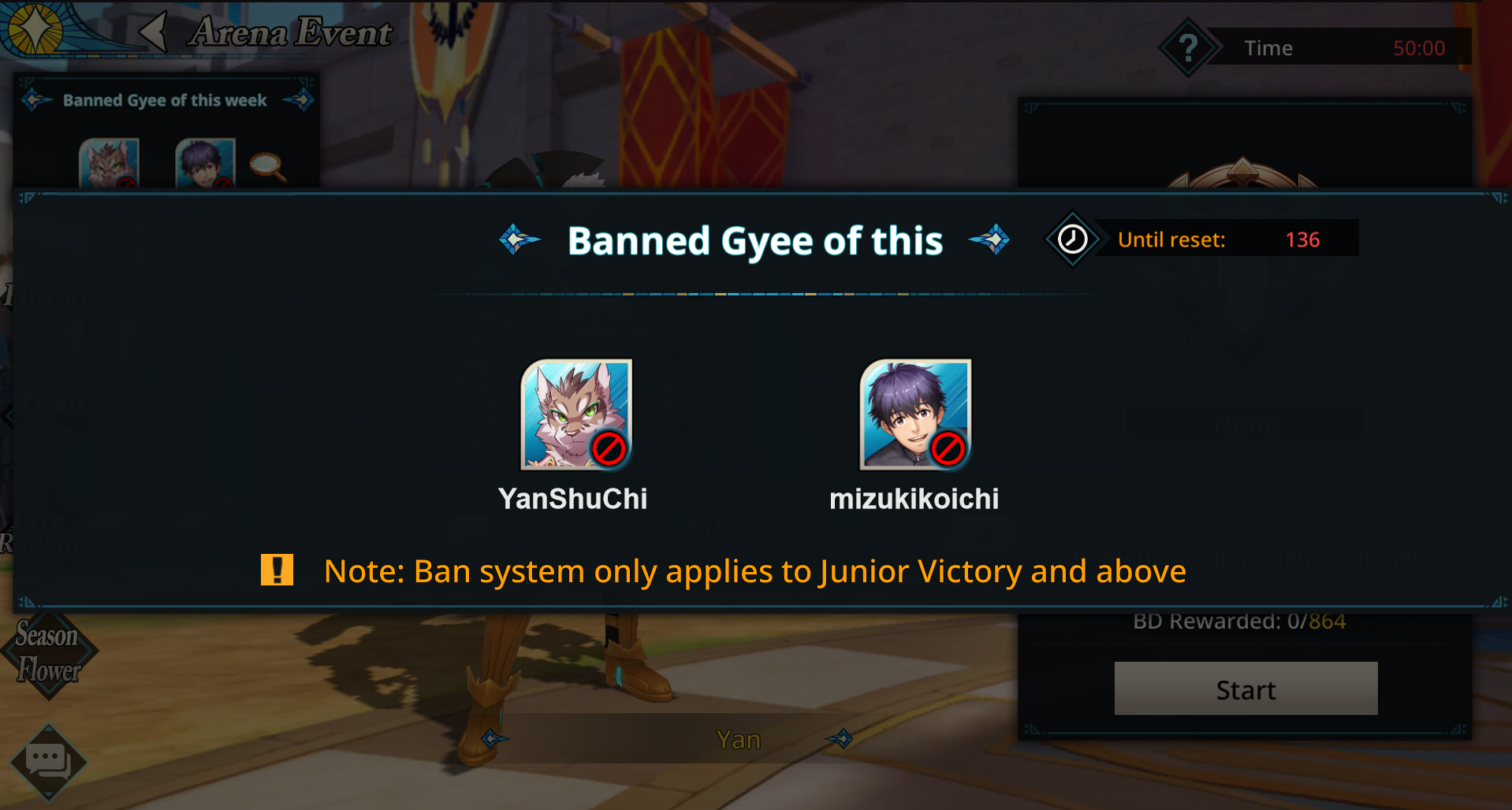 You can change your nickname now. The original nickname will not be able to be used again and will not be used by others. You need to use [Flux Elimination Chip] which can be purchased in the shop. One chance to rename every 6 months.

Activate Blitz function in the Treasury Map battle! You can finish the battle with a simple tap. It also consumes [Express Pass]. Confirm your inventory before adventure! 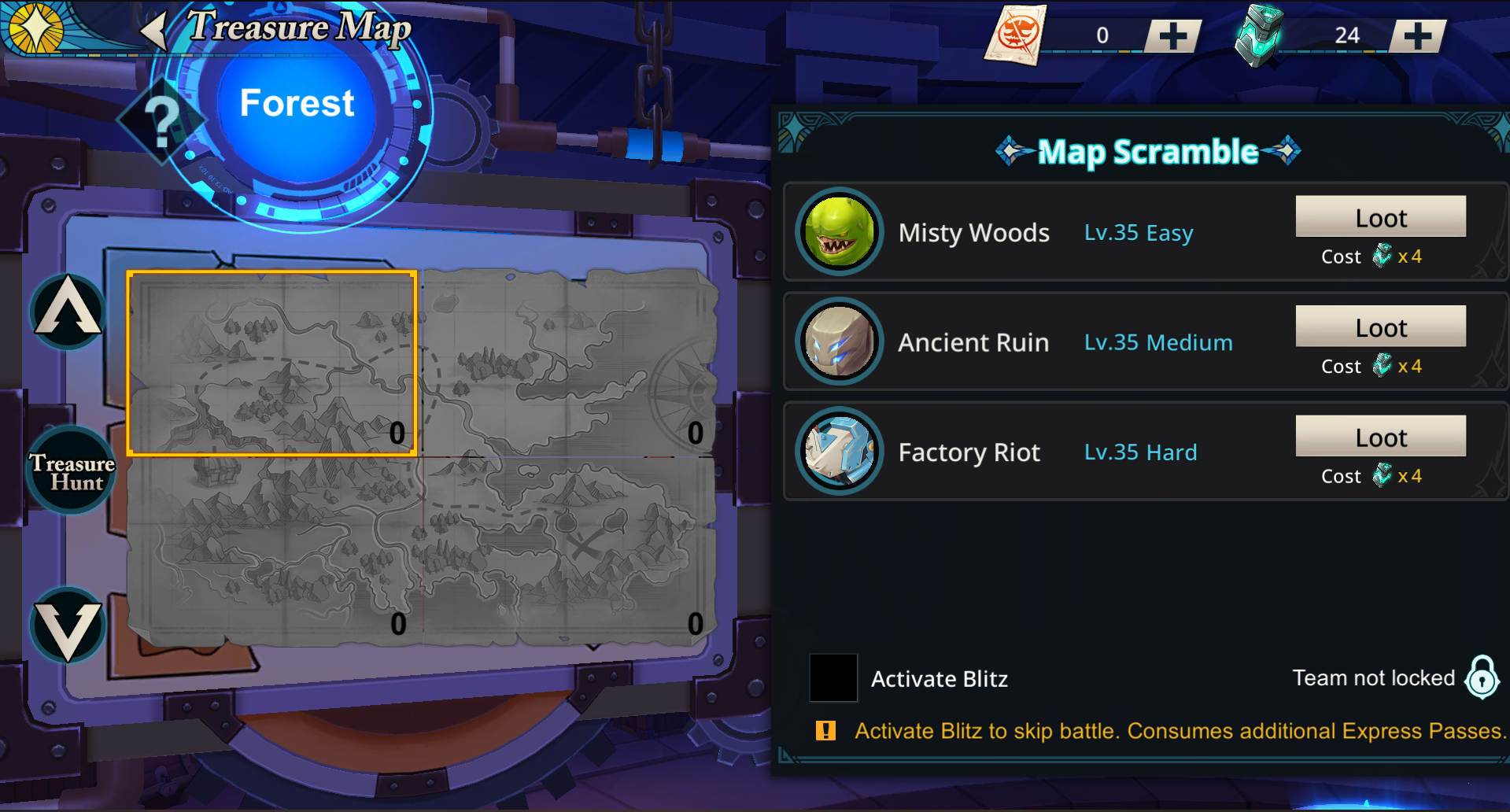 a) Added battle record in the Arena.

b) You can save your Hottie Bar Decoration plan now.

c) You can display your Gyees according to their Primary Epiphany. Besides, the current epiphany will be displayed more clearly.

d) After triggering a date, choosing [refuse] will not reduce the number of dates you can attend each week.

g) Fixed the problem that some Samsung devices will crash when entering the game.

So here are all the updates for this maintenance.

Thank you for your love and wish you a happy game!