#Gyee #SEAVersion #PeterSnowSkin
The Spring Festival is coming! Let's have a look at Peter's new Snow Skin!PS: many Gyeemates may have forgotten the story behind Peter. Let's go check it.

Peter was a former guard for Mike's father's merchant caravan. On an encounter with bandits, he was incidentally exposed as Gyee while trying to protect his employer. Mike's father gave him money and was forced to lay him off.

He returned to Harveston and opened a gym to teach streetfighting. Because he taught more than he talked, the business boomed. But after the arson on Mike's 20th birthday, Peter decided to become Mike's executive bodyguard.

It doesn't matter where he is going, he is happy as long as he is with and protecting Mike. 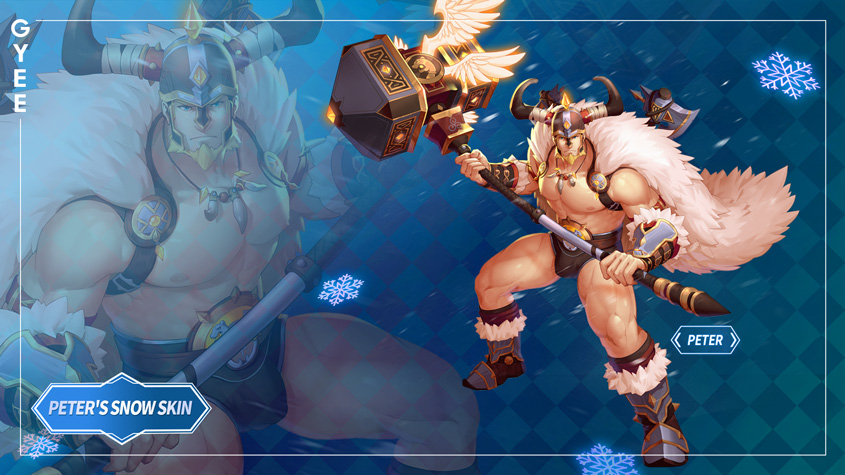