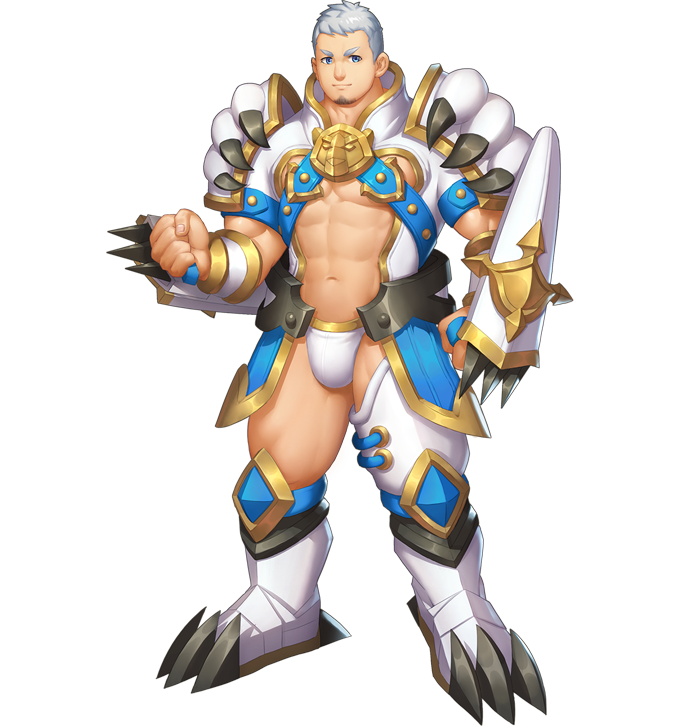 Izumi leaps up and punches the enemy, dealing to single enemy target Physical Damage by P.ATK*175%, applying [Vulnerability] for 3 rounds.

Izumi pounds on the ground, dealing to all enemies Physical Damage by P.ATK*104% (Note: damage is affected by self lost HP), granting self[Death Immunity] Effect for 2 rounds.

When Azria still loomed over the mid-Elysian River, parents of Gyee children would abandon them on the doorsteps of Ka Orphanage. Izumi was one such child. Without mother and father, however, the orphans still grew up healthy and strong among their own kind.

Big Izumi has always been slower than normal, which made him come off as gullible and a regular target for pranks. One day, he was being mocked mercilessly when Eddie came along and rescued him. The two became best friends and joined the Young Azrians together.

After the Battle of Azria, the Gyee's internal schism befuddled and scared Izumi, especially the rift between old friends Eddie and Miles. He didn't join anyone but stayed with the Never Isle Corp. He still doesn't want to pick a side or see his friends break up. He misses the time the trio had in the Young Azrians, and how prosperous and tolerant Azria was. Whether it's Eddie or Miles, they're still his friends and as such, he will always protect them, as he does the last bastion of Gyee.