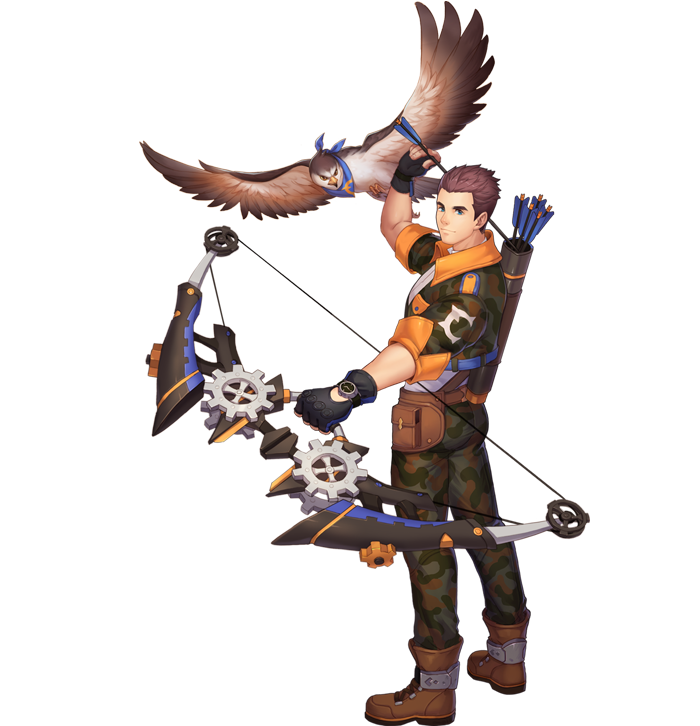 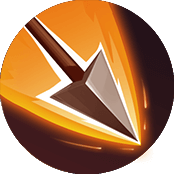 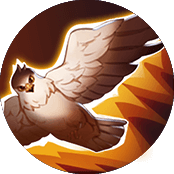 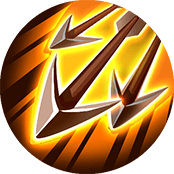 Eddie fires out three rapid arrows toward 1 enemy, dealing P.DMG equal to P.ATK*263%. Ignores the target's shield when its HP is below 20% and increases damage dealt to 120%.

Passive Effect
Eddie recovers 10 Mana when [Gale] kills the target.
Increases [Gale]'s additional damage by 18%.
Triggers the additional effect if the target's HP is below 30% when[Gale] is cast. The great insight grants Eddie [Attack First] at the beginning of the battle, lasting 1 round and attach [Attack at last] to the first enemy hit by Gale for 4 rounds. Upon killing, Eddie's damage increases (the boost increases as Mastery increases) for 3 rounds.
[Attack First]: Attacks first at the beginning of each round.
[Attack at Last]: Attack at Last of each round, cannot be removed, lasting for 4 rounds.

Born to a merchant family in Elysiann, Eddie moved from there to Azria when he was little, as his parents wanted a better life for him and Azria is more suited for traders, as well. Eddie is outgoing and kind, often helping people who then become friends. Izumi was one of them and the pair joined the Young Azrians. The reclusive Miles, a fellow member, caught Eddie's attention and he tried everything to get close and help Miles see his human side.

Following the Battle of Azria, the rift between Eddie and Miles widened. He could not dissuade Miles from a radical path, but neither could Miles convince him otherwise. Eddie believed people must seek mutual understanding to remove barriers between them, hence he joined the Order of Equality which strived for that very goal, whereas Miles pledged allegiance to the Oathblades.

Eddie is an adept archer and often take his pet hawk Sky along on missions.