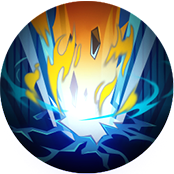 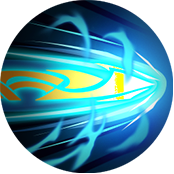 Priapus fires out 5 deadly flux shocks turn by turn toward 1 random enemy. Each of the 5 flux deals magical damage equal to MATK*83%.

Passive Effect
Every enemy killed increases [Prismatic Assault]'s damage by 15%.
The enemy hit by Prismatic Assault 3 times will be [Silenced].
[Silence]: Targets affected can only use normal attack, lasting 2 turns. 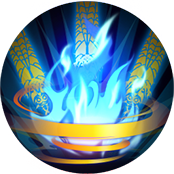 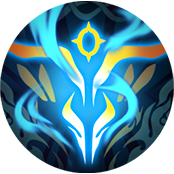 With [Holy Messenger], Priapus would make M.DMG to random 1 enemy before he makes an action.(DMG related to Mastery skill's level). any enemy unit with [Meltdown] debuff will be the prior traget.

The Draconians inhabit the Cloudend Isles in the far east, where the avatar of Ka is rumored to be and therefore no Shadow could reach. Following the Second Shadow War, Draconians had never showed themselves on Wonderland again. For thousand years, many people sought Cloudend Isles by boat, but almost all met their end in sea storm.

But that doesn't mean the Draconians knew nothing about the humans. Very few dragons could take human forms, and Priapus is one of them. The elders chose him as the God's messenger and sent him to observe in Wonderland to make sure the Shadow's influence would not grow.

While weaker in human form, Priapus nevertheless is still powerful. His ability to control the Flux is beyond any mage's imagination. To limit his power, other Draconians inscribed extra prismatic runes around him.

Priapus is very proud as a dragon. He'll hold back and play joke with you when in a good mood, but also he can turn you into ashes with fire from his eyes when he's feeling angry.