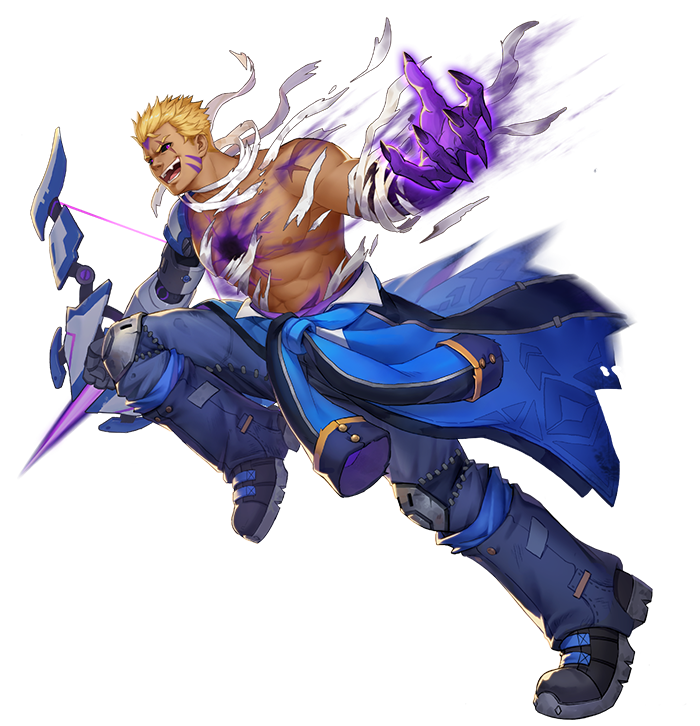 "Armor Visible Now and Then, Arrow Shot One
After Another" 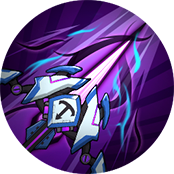 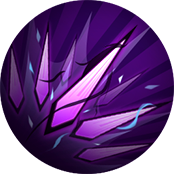 Nemesio strafes the enemy and channels for 2 turns, each turn dealing physical damage equal to PATK*77% to all enemies, and gains [Invisibility].
[Invisibility]: cannot be the target of attack skills by enemies for 2 rounds.

Passive Effect
Increase damage of [Rain of Fangs] by 15%.
[Rain of Fangs] is changed into [Share Mechanism]. The total damage is shared by every surviving enemy units. 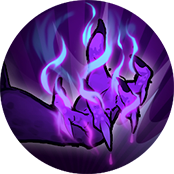 Nemesio releases his dark energy, and consumes 3 Concentration to gain [Mutant Shadow] and [Shadow Fang].
[Mutant Shadow]: Damage increases by 10% for 1 round. 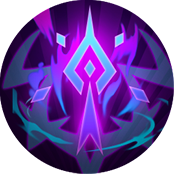 At the beginning, Nemesio gains 3 [Shadow Fang].
[Shadow Fang]: Each stack of [Shadow Fang] increases Nemesio's damage until the end of the battle. Stackable for up to 3 stacks and removed by 1 stack everytime he is attacked.

Nemesio was THE MAN until he turned 28.

He joined the Young Azrians at 11, recruited by 7 chapters in Azria at 15 and promoted to captain in one year, then led the charge in the Battle of Azria and scored merits. After the battle, Markus formed the Oathblades and made a 19-year-old Nemesio the deputy commander, going undefeated for 8 years in campaigns throughout the land to earned the moniker "God of Legions".

But at age 28, he committed two sins to begin his fall from grace.

First, he ordered troops to burn down a village and killed every Shadow, White Cape, innocent villager within. Those villagers were the very Gyees he had set out to rescue.

Second, after burning down the village, he led soldiers to track down the Shadow's stronghold, but his recklessness caused the whole army to be ambushed and wiped out, with him the sole survivor.

The two transgressions got Nemesio kicked out of Oathblades. He then left Never Isle and sought to improve himself at any cost, just so he could find, slay the mastermind behind the Shadow's invasion and avenge his shame.