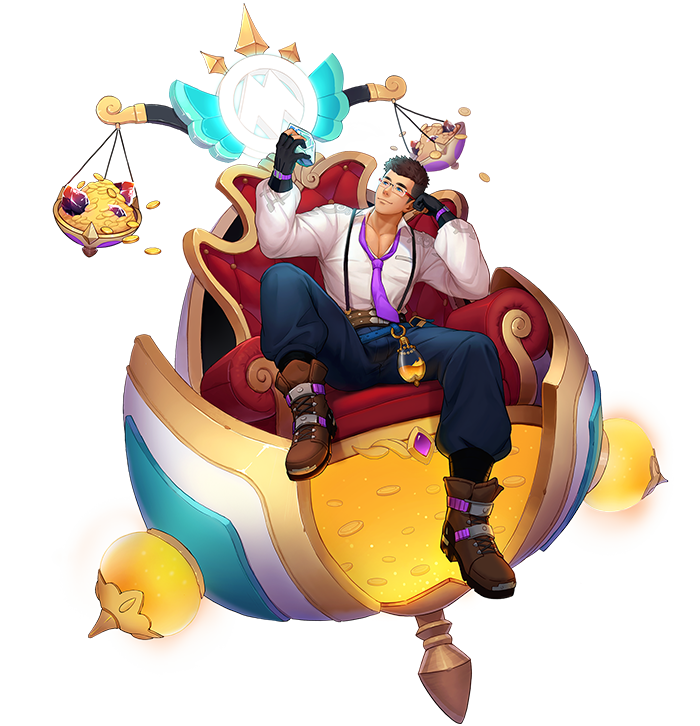 "Loves acting before camera and lavishing money
over hesitation." 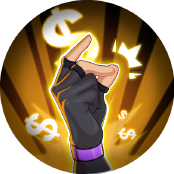 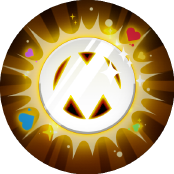 Casts to 1 enemy, gains [React], removes the target enemy's [Resource] and gains corresponding [Resource] based on the target's [Resource], while having a 35% chance to gain 1 extra unowned [Resource].
[Resource] will last or automatically remove till the recast of [Lovely Glitter] or [Worldly Possession]. 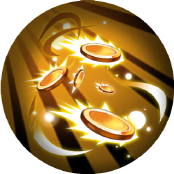 Each owned [Resource] enables Mike to deal increased damage(related with Mastery skill's level). When [Lovely Glitter] is on the cooldown, Mike has a chance to gain 1 [Resource] before each action but the [Resource] may repeat itself.

Mike came from a rich family. As the eldest, he was spoiled and got to tag along with his father on business trips everywhere. He is clever and very well-connected, while his brother Martin walks a shadier path due to parental neglect.

After the burn healed, Mike sold everything and built a large van, recruited Carter and Choji, and became a traveling merchant. He now goes everywhere just find his brother, Martin.