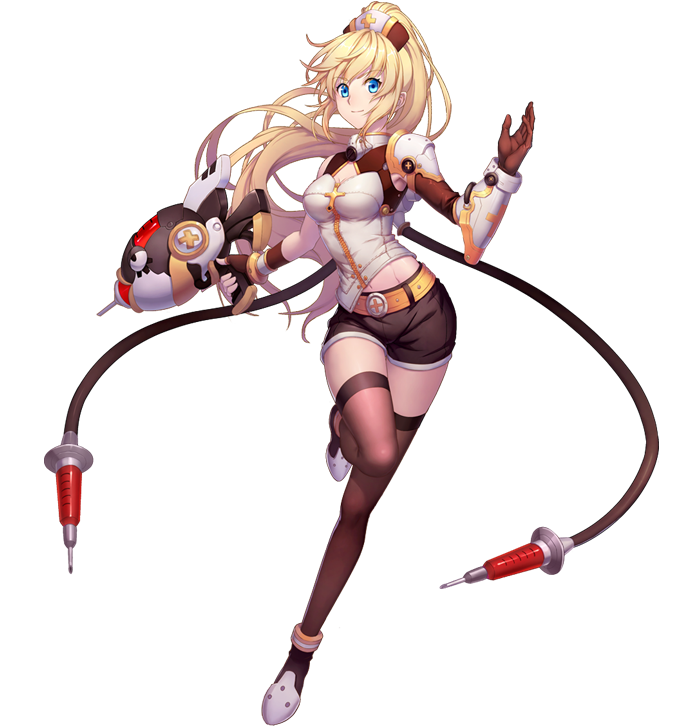 “Pill and Needle, Both Can Heal” 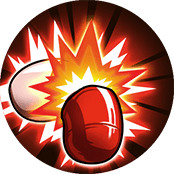 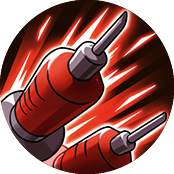 Mercy injects stimulant to friendly units, recovering 2 friendly units' HP by M.ATK*40% (Note: Cannot use on herself. Mercy heals the allies with lower HP first), and remove the effects [Deform], [Confuse] of the major target. 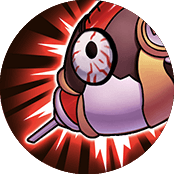 The syringe is out of control and spraying powerful Wonder Drug in the sky! Mercy channels for 4 rounds, recovering all friendly units' HP by M.ATK*25% each round. Meanwhile clean the debuff [Frozen] of all allies. 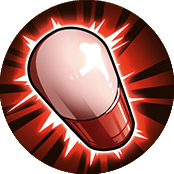 Attachs [Spansule] to allies when Mercy uses [Stimulant] and [Special Drug] to heal the target.
[Spansule]: Stores healing amount of [Special Drug] (the storage increases as the Mastery increases) and heals at the stored amount before moves. Lasts until the battle ends.

Mercy is an orphan raised by Albert, a priest of Ka. She learned healing from him since childhood and helped him take care of orphans in the orphanage. Then because she is a Gyee, she was reassigned to the chapter on Never Isle as the resident potion maker.

Mercy has a unique knack for making potions and crafted new potions that cured many diseases, but she is also quite absent-minded, thus often make more trouble for the Ka church and members she is trying to help.

Luckily for her, Eddie is always there to bail her out, so she looks up to him as a big brother, confiding in him everything, such as having a crush on an Oathblade squad leader named Miles...

And recently, both Ka and Oathblades have approved Mercy's request to become an Oathblade combat medic.