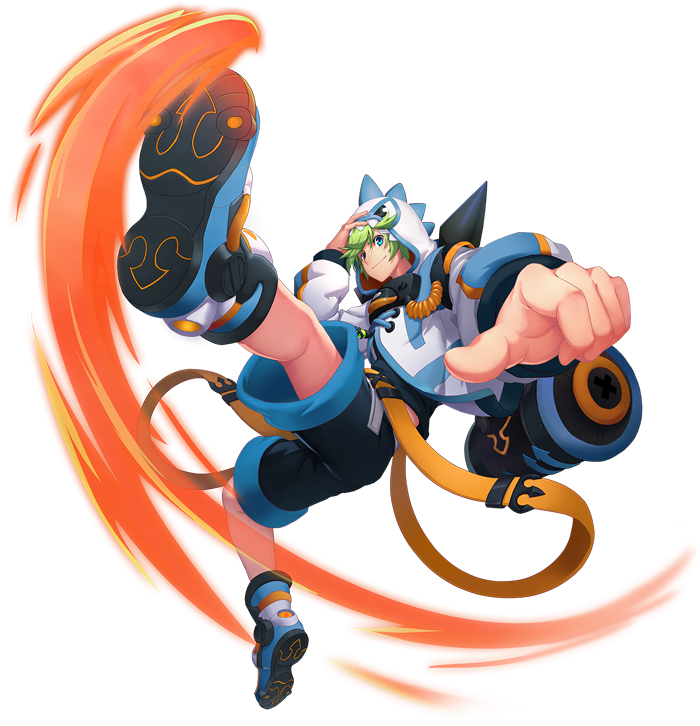 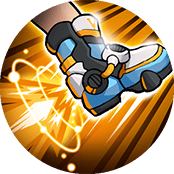 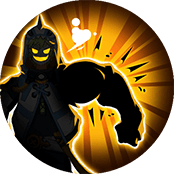 Hart switches on the freak battery and releases the flux in it to gain the [Monstrous Force] effect.
[Monstrous Force]: Grants Hart's [Warm-up] with a true damage equal to PATK*80% (the damage increases with the skill level), lasting 3 turns. 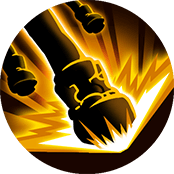 Hart jumps high and spins to kick 1 enemy hard, dealing physical damage equal to PATK*448%. This skill consumes all the Rage and increases the damage dealt. 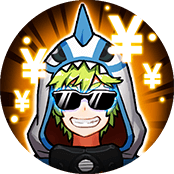 Hart gains [Prodigal] for each damage he deals.
[Prodigal]: Grants a shield of damage dealt*X%(X is related with Mastery skill's level), lasting 2 turns. The shield value left at the end of the turn will be converted into Hart's HP.

Hart was born to a noble family in Eversun. His parents and older sister are normal and very fond of him. As a Gyee, he has uncontrollable powers derived from an unusual Flux since childhood. His parents confined him to home because they wanted to "heal" him so he could lead a "normal" life. Only his sister really understood him.

A technician in Eversun named Hou invented a battery that could store and discharge Flux, so Hart's parents asked him to make their child a special version to control his powers, though Hart is still under confinement. Captializing on the opportunity, Hou confided in Hart that he's also a Gyee. Thereafter, Hart has been requesting Hou's company under the pretense of battery maintenance.

Hart longed to see the world outside and get to know more Gyees like him. He asked Hou to take him away from home. Although Hou has reservations, he acquiesced to Hart's insistence, but will the plan succeed?