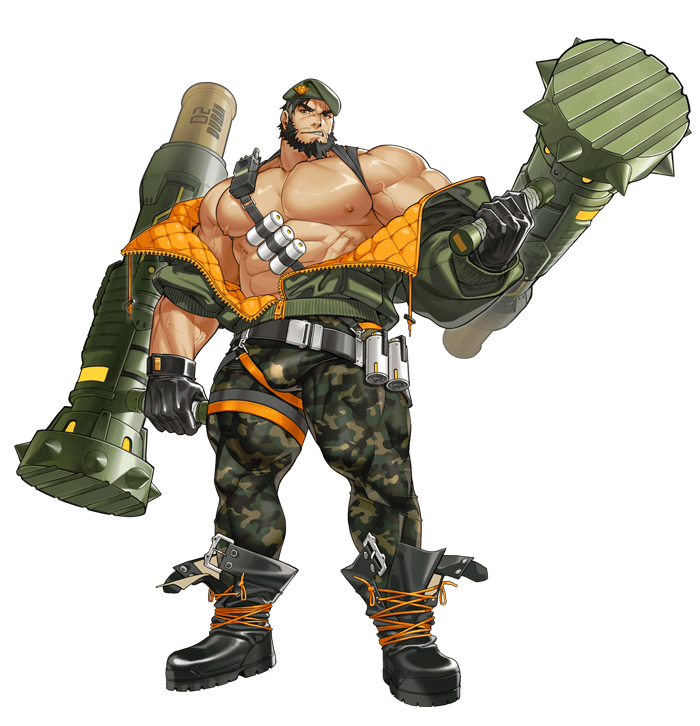 Frequents the various battlefields of Luxium, A mercenary of BlackFlame City.

His might can break enemy's formation! Duran deals DMG equal to P.ATK *82% to 1 enemy.

His strength can destroy a city! Duran deals splash DMG equal to P.ATK *110% to all enemies and inflicts 1 stack of [Smash] on the main target.

[Smash]: reduces the character's healing received by 75%. Lasts 2 rounds and cannot be dispelled.

[Disaggregation]: A Bleed effect. The character takes DMG equal to ATK*40% before taking action every round, stacking up to 5 times. Lasts 3 rounds and can be purified.

Increases Duran's DMG by Mastery.
When the battle starts, Duran gains [Plan β].
Duran becomes immune to [Stun] and [Freeze]. When Ultimate deals DMG, gains 1 stack of [Hammer Supercharge]. Each stack increases Speed by 20% and ATK by 6%, stacking up to 5 times. Cannot gain [Hammer Supercharge] once resurrected.
[Plan β]: An HP Lock effect. When taking fatal DMG, gains death immunity 1 time and removes all stacks of [Hammer Supercharge]. Every 1 stack removed restores 20% HP for self. Cannot be dispelled. This effect conflicts with other [HP Lock] and [Ablaze] effects.

Absolute Domination: When the target has [Dilapidation], ignores Block and attacks 1 more time.

Overlord of Power: Inflicts [Disintegration] on the target.

[Disintegration]: Increases DMG taken over time by 30%. Lasts 2 rounds and cannot be purified.

Immense strength, legend of the battlefield.

Mercenary is a popular profession in Blackflame City. It lets loose the thirst for blood that's in everyone, and it pays amazingly well. Infamous fugitives, hooligans on the streets, or even veterans want to get a piece of the action, but with high income comes high risk. The annual survival rate of Blackflame mercenaries has never been higher than 20%, and a 5-year survival rate is a paltry 2%. But just like every piece of statistics, there are bound to be outliers...

Colonel Duran is the most famous mercenary in Blackflame, having been in almost 10,000 battles of all sizes over 18 years. What's more, he has never lost in any of them. Those who fought alongside him once said,

Some say that Duran is a rare Gyee with the blood of the beasts, and some say he's actually a man-eating wraith from the void. In any case, he is a legend in Blackflame City.

But in fact, Duran, with a full beard, a battle-hardened face, a worn beret and his bulging muscles, is a manly and handsome man. Like all the other Blackflame mercenaries, he goes to the bar whenever he has free time. His go-to drink is the 'Crimson Heartbeat' from a deserted bar tucked away in Blackflame City. Sometimes he stares at his glass until the sun comes up.

Lately, Duran looks like he's bored. But on the other hand, for a man who has come close to death so many times, what can get him excited?