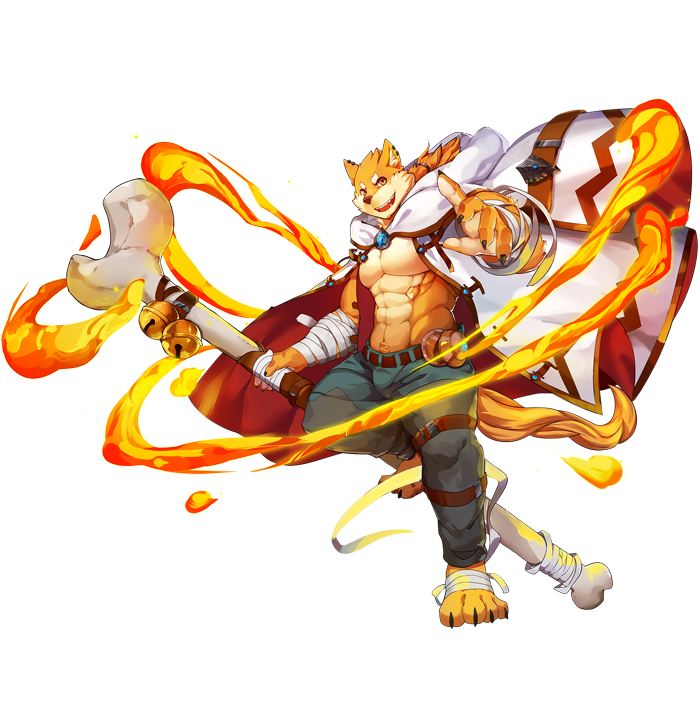 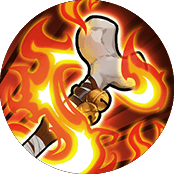 Passive Effect
When [Singe] deals a critical attack, removes 1 buff of the enemy. 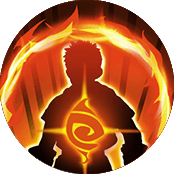 Chang puts the holy fire on the target, inflicts [Flame Shield] for 1 ally, and removes the effects [Paralysis], [Mania], [Recklessness] and [Tremble] on the target.
[Flame Shield]: Grants a shield of Chang's MATK*106% for 2 turns. The effect will be removed when the shield is 0. 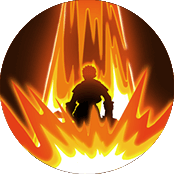 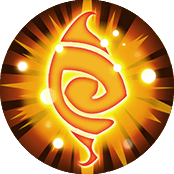 Chang didn't stay on Never Isle after graduating from its Arcane Academy but chose to become a protector of Cannyes.

The small, agile Cannye are seen by prejudiced humans as "dog demons" when they're actually just unusual creatures. Cannyes have a nose for treasure and are able to track any that's near by scent, therefore some Cannyes resorted to pilfering for a living. Some humans have a deep-seated hatred for Cannyes and often lynch their forest dwellings and hang them from trees.

Albeit a Gyee, Chang's humanoid appearance is practically that of a super-sized Cannye. He empathized with the race so he started funding a shelter for homeless Cannyes and looked after them like a mother.

In a situation similar to the Order of Equality and Oathblades, a Gyee named Yang has gathered Cannyes dead set on revenge against the humans. While Yang doesn't believe in an eye for an eye, Yang has solved a lot of problems for him, so they maintain an on/off relationship.