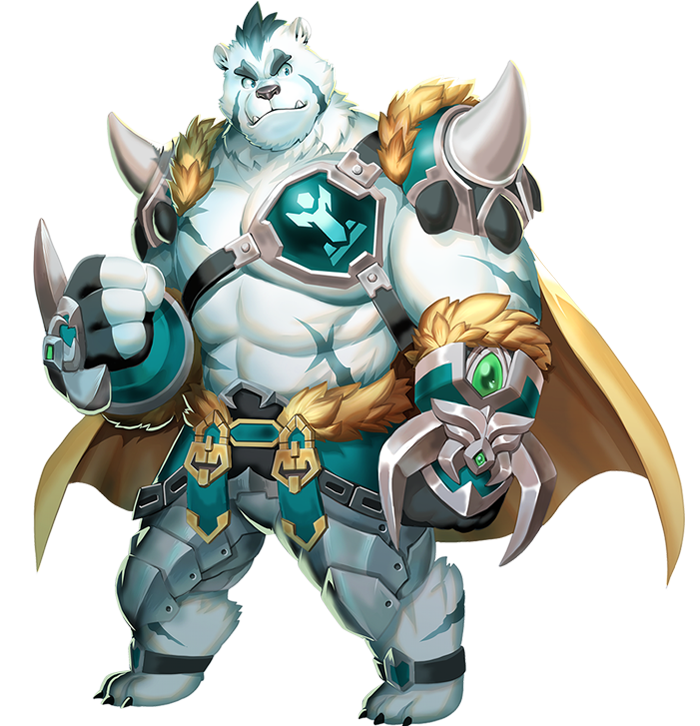 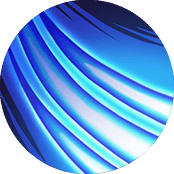 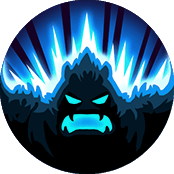 Bernard gives out a deafening roar toward all enemies, dealing true damage equal to P.ATK*97% and clears 80% of [Delayed Pain]'s stored damage. 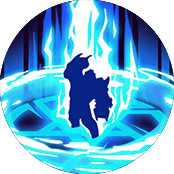 Bernard sacrifices HP to protect his allies. Loses HP equal to Max HP*15% (the HP loss won't be fatal) to inflict [Guardian Bear] on all allies and gains [Toughness]. This skill consumes all the Concentration you have. When cast when Concentration is full, clear the stored damage of [Delayed Pain] by 90%
[Guardian Bear]: Transfers 50% of the damage received to Bernard, lasting 2 rounds, unstackable.
[Toughness]: Reduces damage received by 35% for 2 rounds.

Passive Effect
The casting of [Dedicated Protection] won't consume HP when Bernard's HP is below 30% of his Max HP.
Increases Toughness's Damage Reduction Effect by 15%
Increases Thunder Roar's damage by 13% 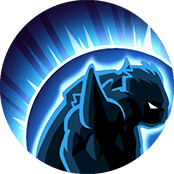 Raised by Shadowhunters, Bernard has one and only goal: Be an outstanding Shadowhunter who fights against shadow and preserves order. He has been protecting the Ursus Altar since he was 16 and has kept his humanoid form, which grants him greter strength and keener senses, as well as scaring off average folks wanting to explore the altar.

Despite the many scars left on his body by the long war against the Shadow, he remains resolute and is ever-ready to fend off incursions on the Altar. He likes to refer himself as old when he is clearly young, and his broad shoulders and robust physique let others feel safe and secure.

In what little spare time he has, he'll nap under a tree, but always with one ear perked in vigilance.